A ridge forms along the coast, helping to push the mercury up. It may also be the warmest period in the region since the start of summer. This warm season will not help calm the possibility of wildfires, while existing ones may spread further.

In Vancouver, we can exceed 30°C, which is quite unusual for a coastal city. Note that Vancouver has not reached this mark since June 2021. The city’s seasonal high in July is 23°C. 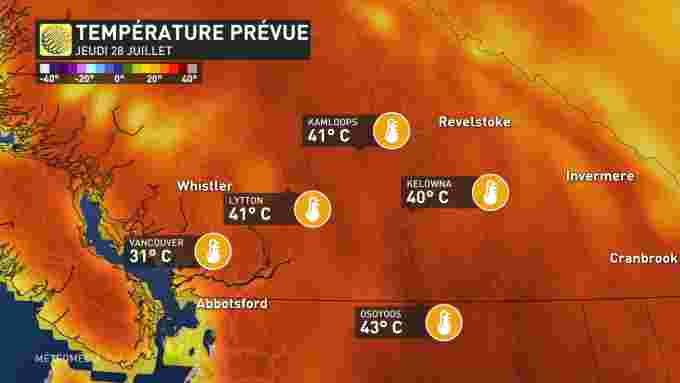 In recent months, the weather in the region has been particularly wet, which has helped plants grow. With the expected warmer and drier conditions, this could fuel new wildfires.

Although this heat promises to be unpleasant, it is a far cry from last summer in the region. The extreme heat that hit British Columbia in 2021 not only broke records, but it also contributed to a historic wildfire season. Almost 600 people died. In Lytton, the mercury touched 49.6 degrees Celsius on June 29. About 90% of the village was destroyed by fire, including about thirty houses. This year, Lytton had to deal with wildfires again. 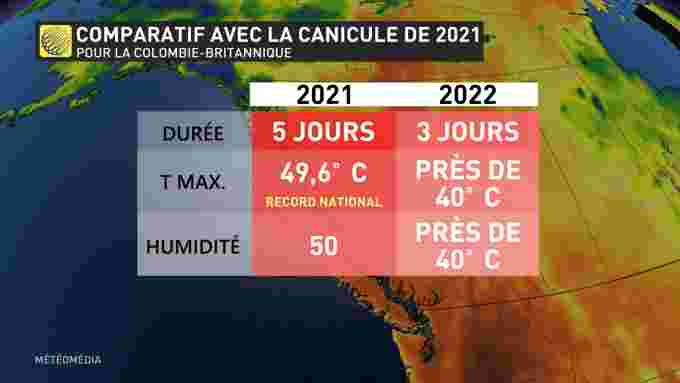 Also See: End of Summer: Heat Has a Price