The 103-meter (338-foot) twin apartment buildings are set to explode Sunday in a process that takes between 12 and 15 seconds — becoming the largest ever to be demolished in the country, according to local authorities.

India’s Supreme Court ruled last year that the builders of the twin towers had violated a series of crucial building rules, and ordered the buildings to be demolished to the ground.

More than 3,700 kilograms of explosives will be used to demolish the buildings known as Apex and Ceyane, which lie on the edge of a busy highway linking India’s most populous state of Uttar Pradesh to the capital.

Local television images showed that the towers were covered with white plastic sheets as policemen gathered around the area and closed main roads in preparation for the operation.

People living in the vicinity will have to be evacuated early Sunday and will be allowed to go home five hours after the demolition is complete.

Although illegal construction is rampant in India’s cities, demolition of large buildings is rare, and locals who live near the site said they fear damage to their property from the force of the explosions or pollute the air from dust. 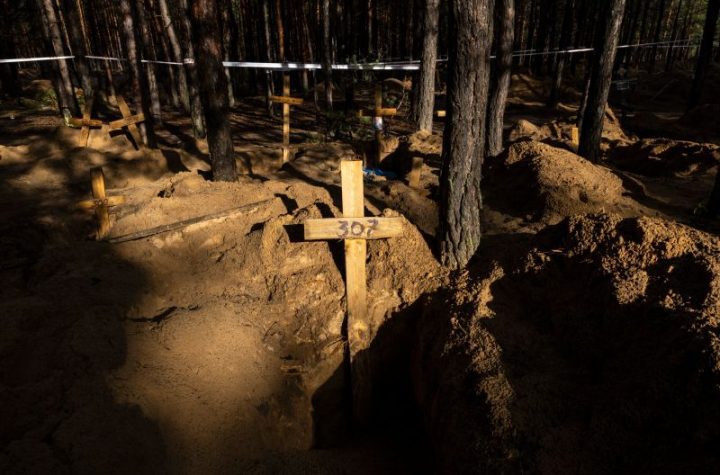 Mass burial site in Izium: signs of torture and mutilation of corpses